It is no secret that avid readers often believe that the books are always better than their movie adaptations. With our society becoming highly digitized, movies are becoming the better option. While I am still torn between which are better, I believe that society’s technological shift will allow the heated debate to begin to blow over. Book lovers will likely always exist, but the developments of visual effects in Hollywood and author-screenwriter co-operation will allow readers to be more content, and movie lovers to enjoy film adaptations of novels without criticism. The Harry Potter series is a strong example of successful film adaptation, with 7 of 8 in the top 50 highest-grossing films of all time. The series provides a strong foundation for the advancement in film adaptations and because of this, it will be the focus (but not entirety) of my discussion.

Authors often put an extensive amount of effort into creating a setting for their plots to take place, and the readers spend a large amount of time indulging in the details to create an image in their heads. When a team of filmmakers create the setting, it becomes established in a matter of seconds and is observed by viewers rather than imagined. Older technologies in the film industry such as older film making equipment or special effects software allowed for many minor details of novels to be missed or overlooked which often caused readers to be disappointed (Agar). With higher quality cameras, more detailed editing and effects software, details can be more easily incorporated (Agar). Settings also become more visually complex and appealing than most readers would have the ability to create within their minds. When I saw the film version of Hogwarts in the Harry Potter series compared to the Hogwarts I had read about, the magnificence of the images far exceeded any images I was able to create in my mind. It was thrilling to see. While some readers claim that the creation of images removes freedom of imagination, it also allows for the inclusion of many smaller details that would often otherwise be overlooked. The technological progression is most easily noted when older movies are re-mastered and compared.

The remastered version of Cinderella demonstrates the evolution of image colour, sharpness, brightness, and contrast. Many viewers would agree that the remastered version is more pleasant to look at and easier to identify smaller details such as Cinderella’s accessories, her bright lipstick, or the colour of her dress. This is only one small snapshot of the difference between image quality from 1960 to 2005 (which is even now 12-year old technology).

Another major impact on whether a film adaptation is successful is if the author of the original work is involved in production or not. The presence of the author allows filmmakers to be more conscious of any inconsistencies between the novel and the screenplay, script, setting, or characters. A good example of author involvement is J.K. Rowling, who was heavily involved in the creation of the film version of the Harry Potter series. Only the first four books had been released as the first film was being produced, so only Rowling knew what was to come, meaning that her knowledge was essential not just to the filmmakers, but even the actors (Robinson). Actor Alan Rickman was unsure of how to approach his character of Severus Snape and Rowling told him the secrets of Snape’s future to aid in Rickman’s portrayal of him (Robinson). Rowling also had input about which actors were cast for the movies, though the decision was not completely up to her. Her early sketches of the characters she had envisioned demonstrate that the actors who were cast fit her mental image quite accurately. The author’s involvement minimizes inconsistencies between the book and films and guides which plot omissions are acceptable due to time restrictions in film. 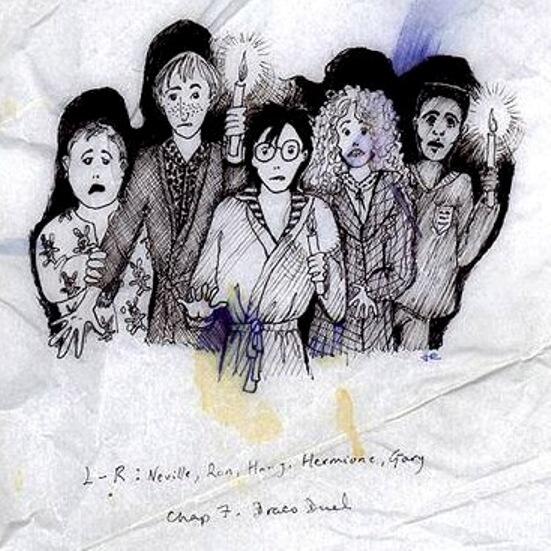 Today’s technologies and collaboration of industries have popularized film adaptations of works of literature. While creating film adaptations has always been a popular way of producing film, it is often criticized for being disappointing when compared to the original versions. Advancements in visual effects, higher quality equipment, and increased spending on blockbuster films allows for more accurate representations of the original work of literature. While there will always be criticisms, the future of movie and book lovers is becoming brighter and the two groups may be able to co-exist without too much debate soon.