Snowpack isn’t a predictor for floods, but it is a factor and it is above average in the headwaters of the Bow River basin this year.

Read the full article and watch the video here.

Meteorological observations collected during the Storms and Precipitation Across the continental Divide Experiment (SPADE), April–June 2019

Abstract:
The continental divide along the spine of the Canadian Rockies in southwestern Canada is a critical headwater region for hydrological drainages to the Pacific, Arctic, and Atlantic oceans. Major flooding events are typically attributed to heavy precipitation on its eastern side due to upslope (easterly) flows. Precipitation can also occur on the western side of the divide when moisture originating from the Pacific Ocean encounters the west-facing slopes of the Canadian Rockies. Often, storms propagating across the divide result in significant precipitation on both sides. Meteorological data over this critical region are sparse, with few stations located at high elevations. Given the importance of all these types of events, the Storms and Precipitation Across the continental Divide Experiment (SPADE) was initiated to enhance our knowledge of the atmospheric processes leading to storms and precipitation on either side of the continental divide. This was accomplished by installing specialized meteorological instrumentation on both sides of the continental divide and carrying out manual observations during an intensive field campaign from 24 April–26 June 2019. On the eastern side, there were two field sites: (i) at Fortress Mountain Powerline (2076 m a.s.l.) and (ii) at Fortress Junction Service, located in a high-elevation valley (1580 m a.s.l.). On the western side, Nipika Mountain Resort, also located in a valley (1087 m a.s.l.), was chosen as a field site. Various meteorological instruments were deployed including two Doppler light detection and ranging instruments (lidars), three vertically pointing micro rain radars, and three optical disdrometers. The three main sites were nearly identically instrumented, and observers were on site at Fortress Mountain Powerline and Nipika Mountain Resort during precipitation events to take manual observations of precipitation type and microphotographs of solid particles. The objective of the field campaign was to gather high-temporal-frequency meteorological data and to compare the different conditions on either side of the divide to study the precipitation processes that can lead to catastrophic flooding in the region. Details on field sites, instrumentation used, and collection methods are discussed. Data from the study are publicly accessible from the Federated Research Data Repository at https://doi.org/10.20383/101.0221 (Thériault et al., 2020). This dataset will be used to study atmospheric conditions associated with precipitation events documented simultaneously on either side of a continental divide. This paper also provides a sample of the data gathered during a precipitation event.

International Opportunities and Responsibilities for the Canada Water Agency

You are invited to GWF’s next in the national virtual engagement series on how the Canada Water Agency can deliver water security for Canadians. International Opportunities and Responsibilities for the Canada Water Agency is a 90-minute national webinar that will include perspectives from GWF water and climate scientists, the private sector, and international experts.

The webinar will feature Dr. Shamila Nair-Bedoulle, Assistant Director-General for Natural Sciences at UNESCO, on how Canada can strengthen its role at the UN. Tom Axworthy will lead a panel of guests who will discuss how a modern and leading Canada Water Agency can support Canadian business growth overseas and provide opportunities to meet international development responsibilities.

For more information and to register, go to: https://gwf.usask.ca/events/2021/03/international-opportunities-and-responsibilities-for-the-canada-water-agency.php?mc_cid=646eb66988&mc_eid=d4a759d0c9

Have you ever taken a bite out of winter? Eating snow may look harmless, however there could be thousands of elements in a single bite of snow. Auto emissions, bacteria, sea salts and nitrate are just the start!

Watch the interview at: https://www.theweathernetwork.com/ca/news/article/why-you-should-not-eat-snow

The University of Saskatchewan hydrological community has lost one of the developers of hydrology at USask. Dr. David Male, a professor of Mechanical Engineering at USask, was one of the pioneers of the study of snow with seminal studies of snowmelt energetics, blowing snow transport, snow sublimation, infiltration into frozen soils and the development of hydrological models. Together with Professor Don Gray he edited and wrote parts of the 776 page Handbook of Snow: Principles, Processes, Management and Use in 1980 – still the most comprehensive book on snow and a key foundational book https://blackburnpress.stores.yahoo.net/haofsnprprma.html.

Professor Male contributed a strong physics-based approach to the study of cold regions hydrology and emphasized the need for results to be based on firm physical principles and advanced experimentation and observations in outdoor environments. He was amongst the first to identify the major problems with solving the “energy equation” for snowmelt and then to offer solutions using coupled energy and mass budgets, dimensional analysis, turbulent transfer and radiative transfer theory. Working with Raoul Granger, Don Gray and Tom Brown, he deployed advanced instrumentation controlled by computers for snowmelt studies at remote sites in the early 1970s when this presented considerable technical challenges. He was active in all aspects of snow science from leading advanced field studies at the USask Division of Hydrology’s Bad Lake research site, to developing analytical solutions for mathematical problems, writing computer models, training students, and writing scientific papers and books.

Professor Male was a lead faculty member in the Division of Hydrology and his work at the University of Saskatchewan laid the foundation for USask’s development of cold regions hydrology and water security into current areas of institutional strength. He also made important contributions to the work of Environment Canada, National Research Council of Canada, American Geophysical Union, US Office of Hydrology (National Weather Service), Atomic Energy of Canada Limited, Saskatchewan Environment, Alberta Environment and other groups. Dr. Male was an excellent teacher who could explain difficult engineering concepts exceptionally clearly to his students. He will be remembered by his former students and colleagues not only as an exceptionally brilliant scholar who made formidable advances in science, but also as a very nice, warm, supportive and friendly person who welcomed and encouraged many into engineering, science and academia. Professor Male passed away in Saskatoon earlier this month, his full obituary can be found here.
Many of his publications can be found here.

By Robert W. Sandford,
Senior Fellow of the Centre for Hydrology and Global Water Futures Chair at United Nations University

As we reflect on this week and celebrate the United Nations’ rise in the war-ravaged world some 75 years ago, humanity is again being asked to lay the foundation for a new world.

As in 1945, we are asked to envision the world that emerges from a global catastrophe. Similarly, as well, in our post-pandemic world we will need to make not a partial but a full transformation, one in which human self-interest again aligns with planetary realities.

Such a global reset can produce universal benefits in the form of a healthier, more just, safer, kinder and more spirituality connected society.

A Blueprint for Climate Change and Future Flooding: A Case Study of Calgary’s Bow and Elbow River Basins

Abstract: While increases in precipitation and temperature have been observed across Canada in the last half-century and are predicted for the future as climate change proceeds, there is still little understanding of how climate change will affect future streamflow and flooding in Canada due to the complexity of meteorological, hydrological, and water management aspects of flooding. This project modelled the historical and future changes in the flow frequencies of the Bow and Elbow river basins above Calgary to better understand how natural . processes and reservoir management contribute to river flow and flood frequency estimates and how they can be expected to change with a changing climate through the 21st C. In this webinar geared toward technical experts, Dr. John Pomeroy will present the case study and methodology for incorporating climate change into flood frequency and water supply estimates, including a blueprint for applying these lessons in river basins across Canada. 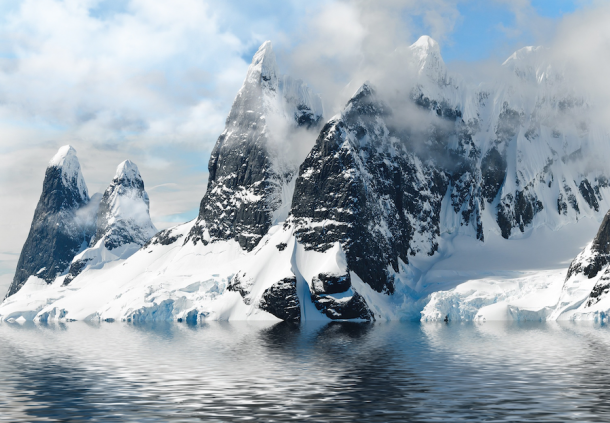 The WMO High Mountain Summit on 29-31 October 2019 concluded with a Call to Action and a roadmap of priority activities. The priority actions aim to support more sustainable development, disaster risk reduction and climate change adaptation both in high-mountain areas and downstream.

A CWRA Webinar on the Impact of Climate Change on Canada’s Snow and Ice Resources is now available online. This is a webinar that John Pomeroy gave on March 17th as part of World Water Day.